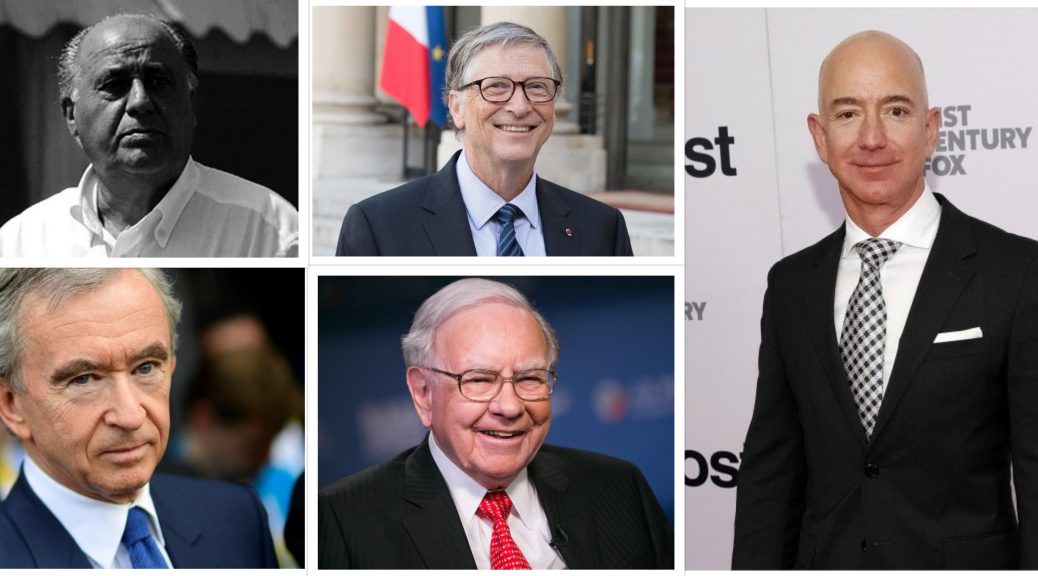 Who is the Richest Person in the world? This is exactly what we are going to talk about in this article. Out of 7.7billion people in the world, making your way in the list of the richest people is not a joke. Making in the top 5 requires even more hard work and determination.

You may have seen quite a few lists before landing here, right? Though may not have been satisfied with the fluctuations in results and are in search of a genuine and accurate list of rich people.

We have brought down the precise results for you along with a few other details. The list is 100% accurate, precise and genuine as the results have been made with reference from the Forbes Magazine, which is known for delivering detailed and exact results over the years.

Check out the list of the Top 5 Richest Man in the World:

“Success is a lousy teacher. It seduces smart people into thinking they can’t lose” – Bill Gates.

“Money is just a consequence. I always say to my team, don’t worry too much about profitability. If you do your job well, the profitability will come” – Bernard Arnault.

The listed billionaires are as per the current date and featured on Forbes Magazine.